Maineiax takes great pride in giving you the best coaching possible. We have multiple college coaches, elite high school coaches and college players on staff to help you grow your game throughout the year. We are the premier club program in Maine ensuring that you or your daughter are receiving the top coaching in the state while meeting new friends and having a blast! Meet our coaches below.

A 1996 graduate of St. Lawrence University, Brett has a master’s degree in kinesiology with a focus in athletic administration/coaching from James Madison University.

Brett was the head women’s lacrosse coach at Bates College from 2006-2021 after serving as the team’s assistant coach during the 2005 season and earning an appointment as Bates’ head volleyball coach in the summer of 2004. Brett was directly involved in the women’s lacrosse team’s recruiting efforts as well as implementing practice plans and developing and adjusting team strategy throughout the season. Prior to arriving at Bates, Brett was an assistant women’s lacrosse and volleyball coach at Washington and Lee University in Virginia for two years. 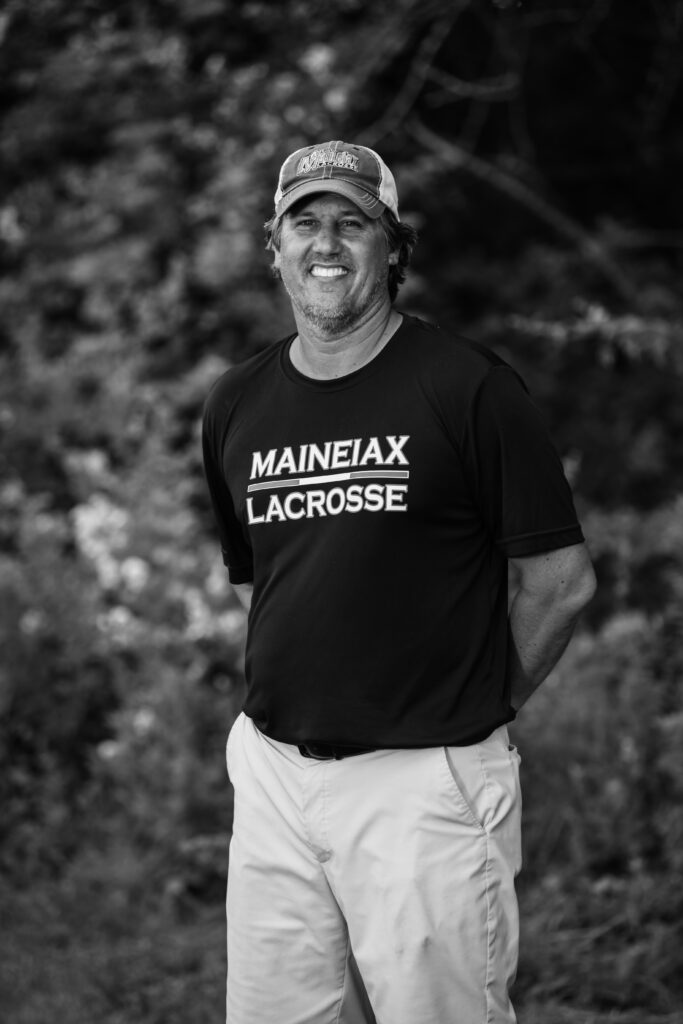 He has led the Bates program to seven appearances in the NESCAC Championships while also leading them to a Division III Top 20 ranking in each of those years. He was named the 2016 NESCAC Coach of the Year. He has coached six All-Americans, including the 2015 and 2016 Division III Goalie of the Year, and each of his teams has been honored as an IWLCA Honor Squad (team GPA above 3.0). He has served as the Division III National All-American Committee Chair and on the NCAA Division III Championship Committee.

In 2010, Brett became Co-Founder of collEdge Camps, while also becoming a Co-Owner of Maineiax Lacrosse Club in 2014, the premier girl’s lacrosse club in Maine. Brett and his wife, Heidi, also own two athletic facilities, the Maine Athletic Complex (the MAC) in Portland and All Pro Sports Center in Waterville. They live in Cumberland with their three sons.

Peter Lasagna is the head coach of men’s lacrosse at Bates College and enters his 18th year at the helm. He is a three-time NESCAC Coach of the Year award-winner and was named New England Coach of the Year in 2015. After leading his team to a 14-0 start in 2017 (including a perfect 10-0 mark in NESCAC), the Bobcats were ranked No. 1 in Division III for two weeks. Coach Lasagna has led Bates to seven appearances in the NESCAC Championships and two appearances in the NCAA Tournament. He was named the “Walter Alessi Man of the Year” by the New England Intercollegiate Lacrosse Association in 2017 and also earned NEILA’s Division III Co-Coach of the Year award. He has coached eight Bates players who were named USILA All-Americans and one player who currently plays for the Boston Cannons of Major League Lacrosse. 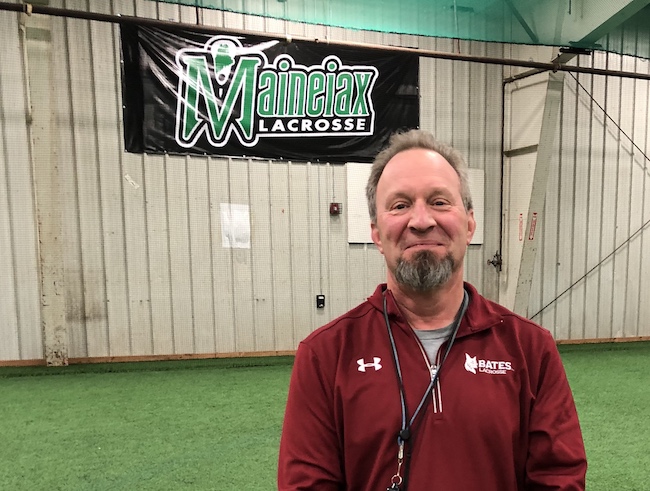 Coach Lasagna graduated from Brown University where he spent 18 years of coaching before coming to Bates, including eight as head coach. At Brown, he led the Bears to three NCAA Division I championship tournaments, including an appearance in the national semifinals in 1994 and the quarterfinals in 1995. He was named Division I Coach of the Year by the United States Intercollegiate Lacrosse Association in 1994 and by the New England Intercollegiate Lacrosse Association in both 1994 and 1995.

In 2002, Coach Lasagna was inducted into the New England Lacrosse Hall of Fame, and in 2011 he was inducted into the Greater Rochester (N.Y.) Lacrosse Hall of Fame. Coach Lasagna is also a well-known voice in the collegiate lacrosse community, as he has also been the back-page columnist for the award-winning magazine Inside Lacrosse since 2001. (Archive of Peter Lasagna columns)

Ralph Nelson is currently the Varsity Assistant and Physical Education teacher at the Waynflete School in Portland. Coach Nelson spent the 2017-2019 seasons with the University of Southern Maine men’s lacrosse program, serving as the assistant coach focusing on the attackmen and offense. Prior to joining the USM coaching staff, he spent two seasons as the head Boys Lacrosse Coach at Saint Dominic Academy (Lewiston, Maine). From 2013-2015, Coach Nelson served as a varsity assistant and JV coach for Yarmouth High School (Yarmouth, Maine), as well as being an assistant lacrosse coach at St. Joseph’s College (Standish, Maine). He has coached high school club lacrosse with Team DIRIGO as well as True Lacrosse National and regional teams in Maryland, California, Delaware, Florida, and Utah. 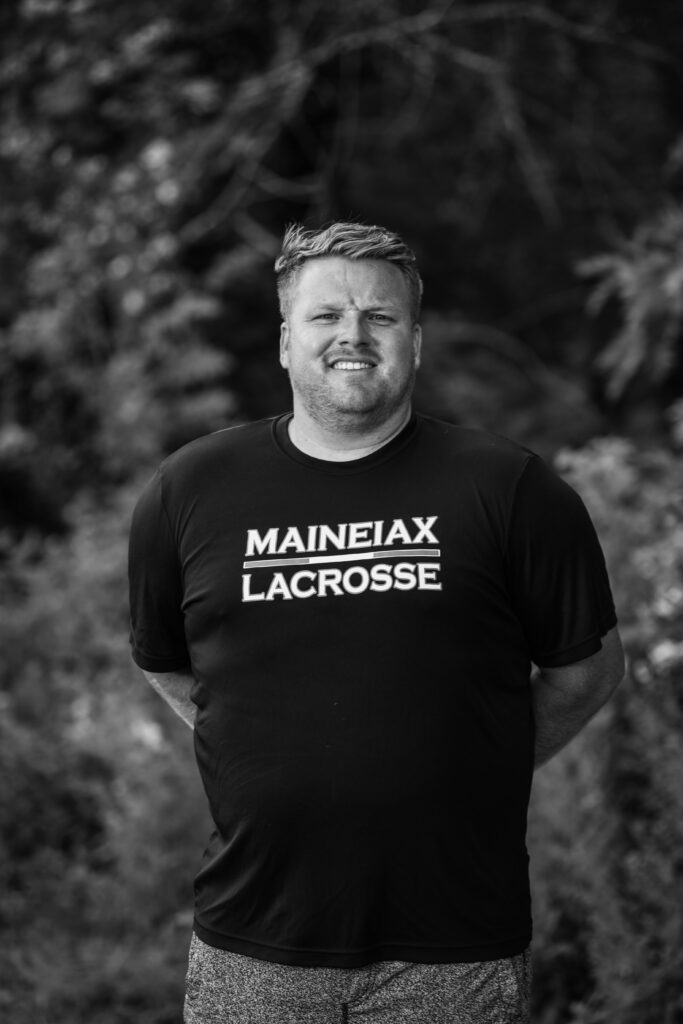 Ralph is a 2007 graduate of Cheverus High School and graduated from The University of Maine in 2013 with a degree in Kinesiology and Physical Education. While at Maine Ralph was the President and Captain of the Mens Lacrosse team. Ralph resides in Westbrook with his wife Megan and daughter.

Originally from Fairfield, CT, Sam has been playing and coaching lacrosse for over 25 years. Since moving to Maine in 2011 am has coached with multiple town rec programs, multiple club programs, founded the Lax Pros indoor box program, owned and directed Team DIRIGO, directed multiple town lacrosse rec camps, was the head head Mens lacrosse coach at USM for 8 years, and played with various regional Mens teams as well as the Maine Northmen indoor lacrosse team. Growing up Sam was fortunate to have been coached by some of the best coaches and players in the world, which has helped develop Sams coaching style: engaging and outgoing with high expectations, all while having as much fun as possible. 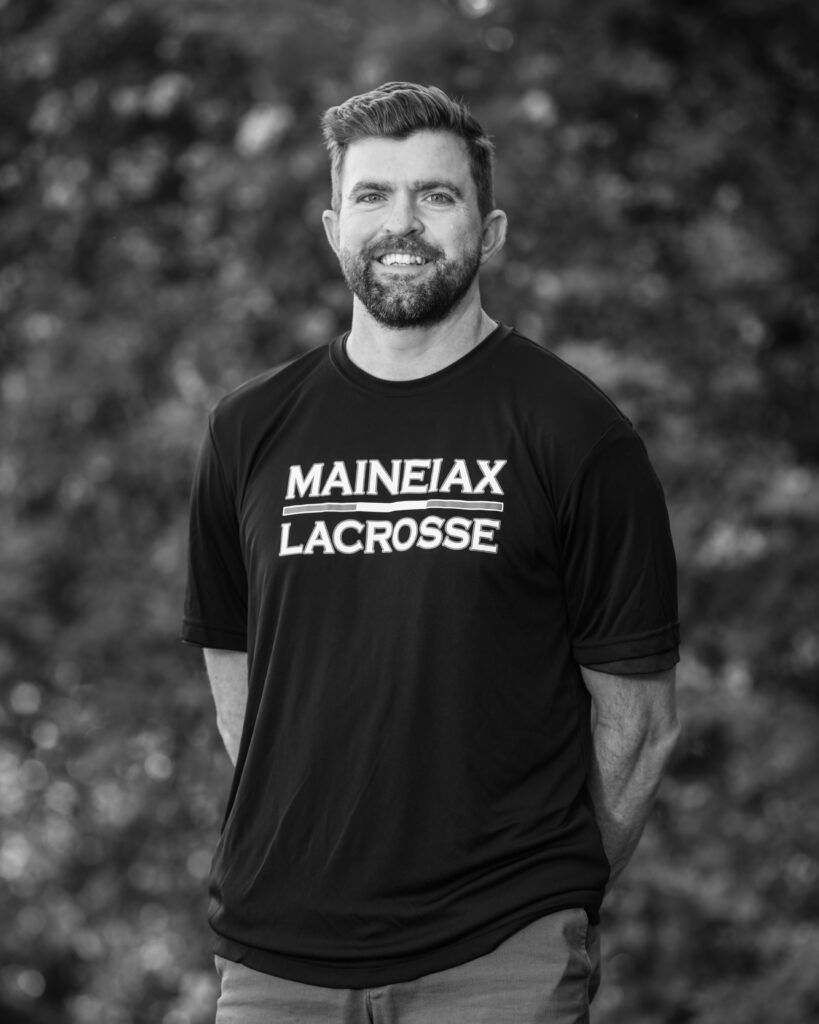 Sam graduated from Washington College in 2006 and resides in Windham with his wife and four sons.

Dave Beriau joins Maineiax with 10 years of college coaching and playing experience. Most recently, he was head coach at Saint Joseph’s College where he lead the program for 3 years. Prior to his time at SJC, he was an assistant coach at University of Massachusetts-Dartmouth & Colby College. At the high school level, he has been an assistant coach at Falmouth Academy (MA) and Cheverus High School.

Coach Beriau is a 2009 graduate of Elmira College, where he played a variety of positions and tallied six goals and 19 assists with 83 ground balls in 52 contests. A team co-captain as a senior, he was the Soaring Eagles’ representative on the Empire 8 Conference Sportsman of the Year Team and was also the Elmira men’s lacrosse Teammate Award recipient in 2006. 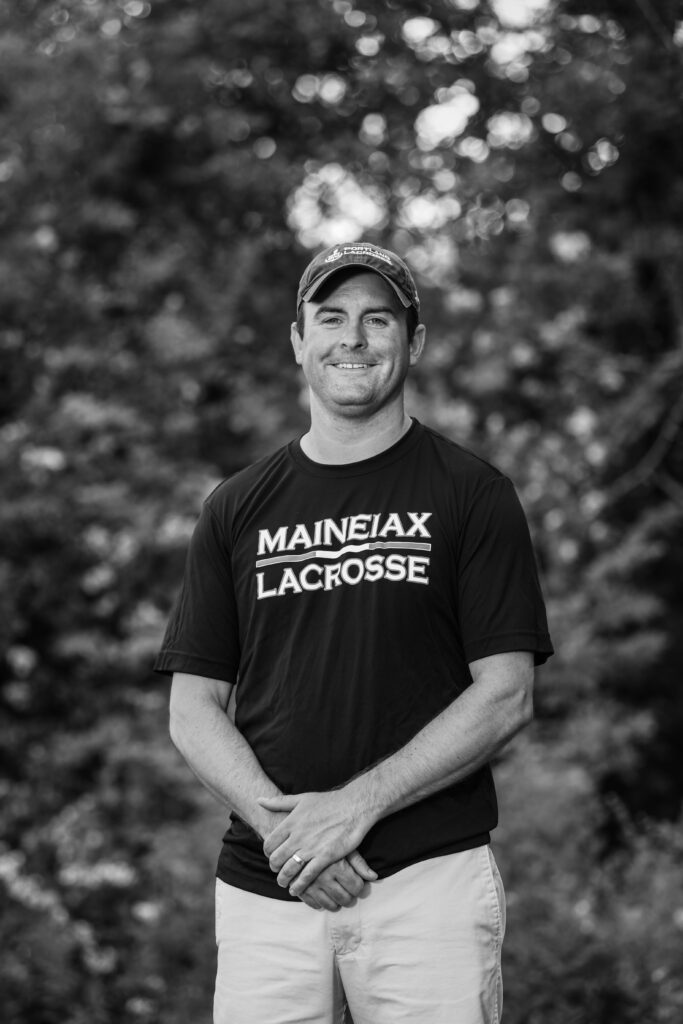 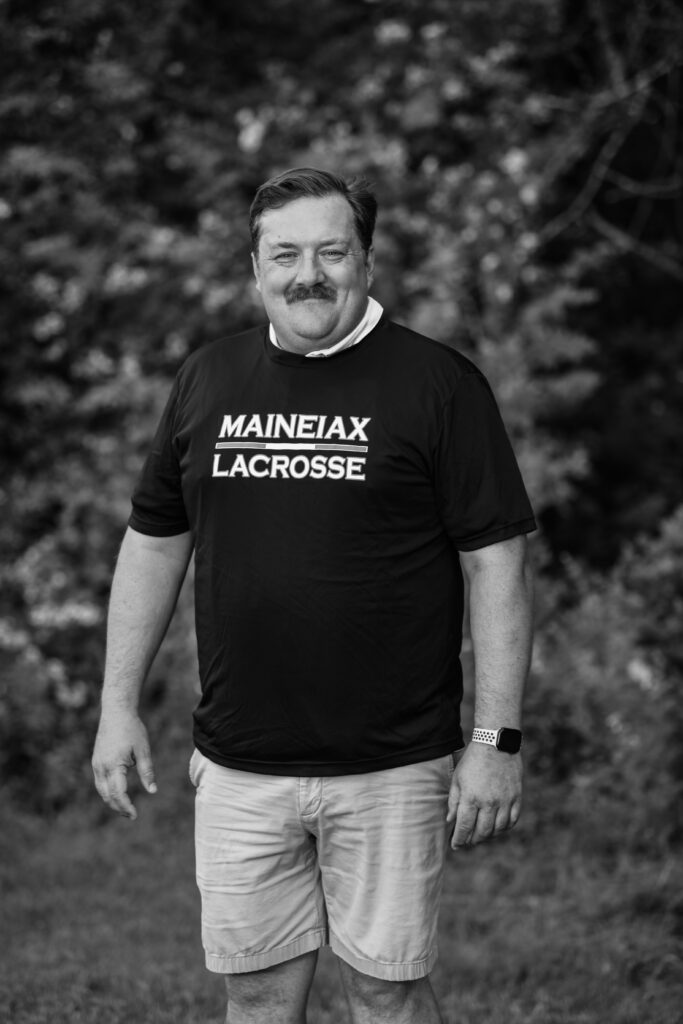 Nick James is from Portland, Maine and is a 2017 Graduate from Deering High School. Nick currently plays for the University of Southern Maine and in addition is in his second season with the Maine Northmen box lacrosse club of the IBLL. Lacrosse has been Nicks passion since he started playing and has spent countless hours playing for teams, practicing on his own and trying to learn from every player and coach he has worked with. Nicks goal is to pass his wealth of knowledge to the next generation of players in Maine. 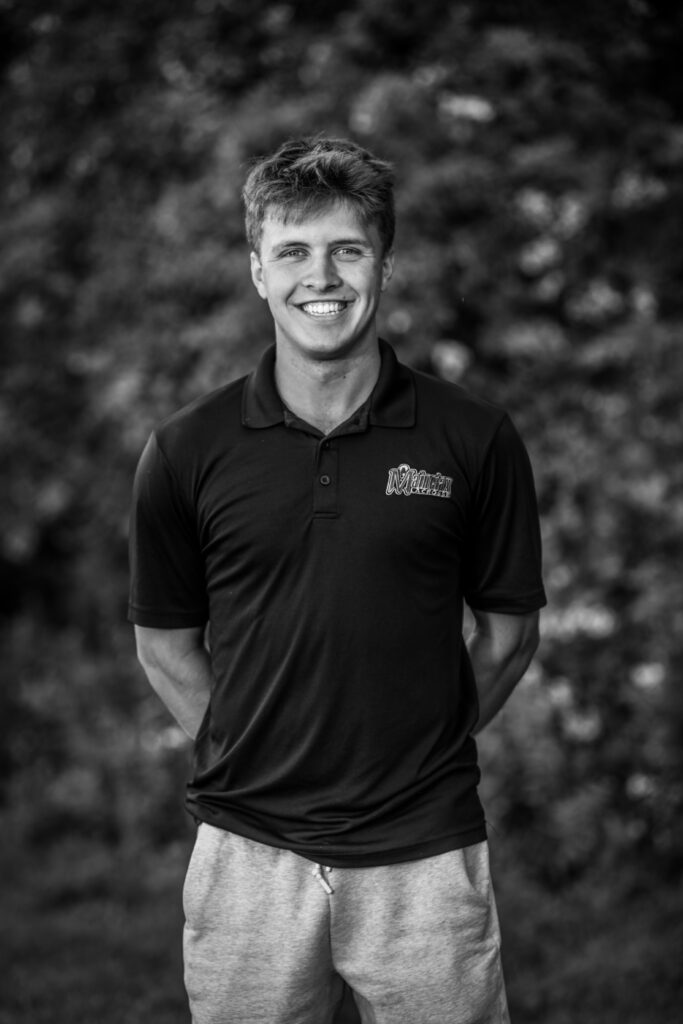 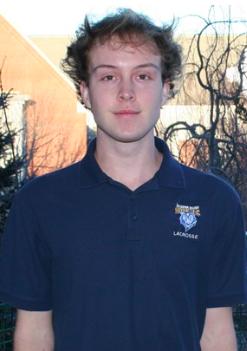 Jackson Williams is a rising senior and a faceoff/midfielder on the Bates College Men’s Lacrosse team, where he studies economics and anthropology. He graduated from Greely High School in 2019 where he was a four-year letterman in football, hockey, and lacrosse, as well as a member of the Athletic Advisory Board. At Greely, Jackson captained the hockey and lacrosse teams his junior and senior year, as well as the football team his senior year. He led the hockey team to a state championship in 2019, and the lacrosse teams to the state championship game in 2018 and 2019.

In high school, Jackson was a decorate student-athlete and during his senior season was chosen as the Portland Forcaster’s Greely male winter and spring athlete of the year, a member of the Portland Press Herald’s All-State team and a Top 15 player to watch. On the field, Jackson was named an All-American (2019), 1st team all-conference (2018,2019), an underclassmen all-star (2018), and a senior all-star (2019). Jackson played club lacrosse for Team DIRIGO and the Maine Mussels. 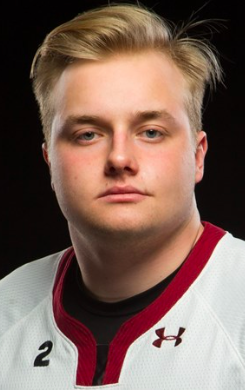 Killian Lathrop is a rising junior and a midfielder for Bryant University Mens Lacrosse. He is a finance  major with a concentration in entrepreneurship and a minor in communications. He graduated from Cape Elizabeth High School in 2020, where he played soccer, lacrosse and alpine skiing. At Cape, Killian was captain of the soccer, lacrosse, and ski team his senior year. 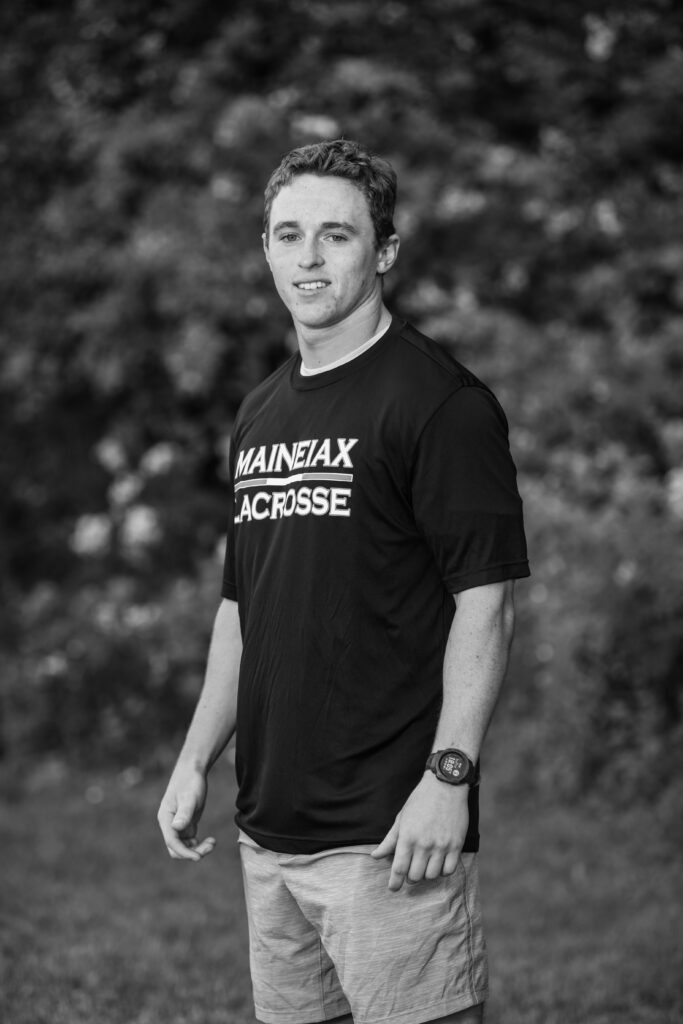 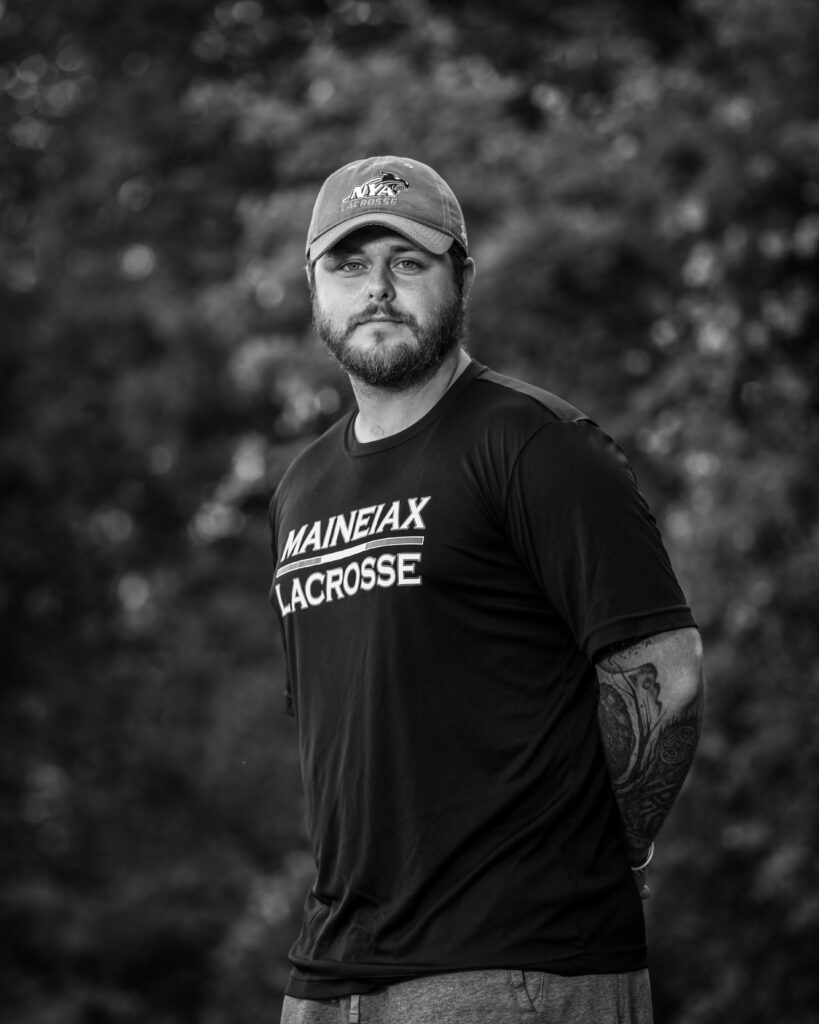 Luigi graduated from Portland high school in 2014 and was the captain of the boys lacrosse team. Luigi went on to play college lacrosse at Saint Joseph’s College of Maine and graduated with an Exercise Science degree and minor in coaching in 2018. Luigi was the head coach of the Falmouth middle school boys team in 2018 and in addition coached the Maine Mussels. In 2021 Luigi coached travel for the Houligans in New Hampshire. Luigi is passionate about coaching and loves getting to see young, driven athletes. 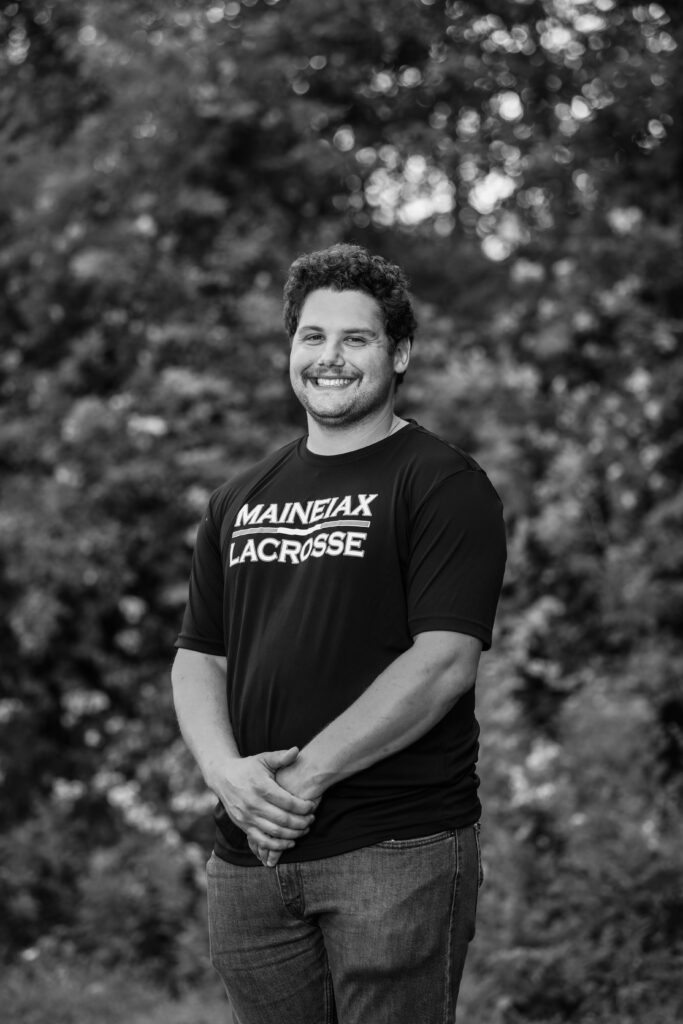 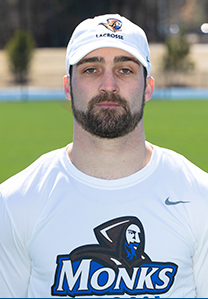 Aidan Foss is a graduate of Deering High School where he was a goalie on the varsity lacrosse team and a team captain his senior year. After graduating, Coach Aidan currently works for Portland Public Schools as a Teaching Assistant Coordinator. He is attending the University of Southern Maine where he also is continuing his lacrosse career. Coach Aidan has participated in, as well as coached, several Maineiax programs during his time in high school. 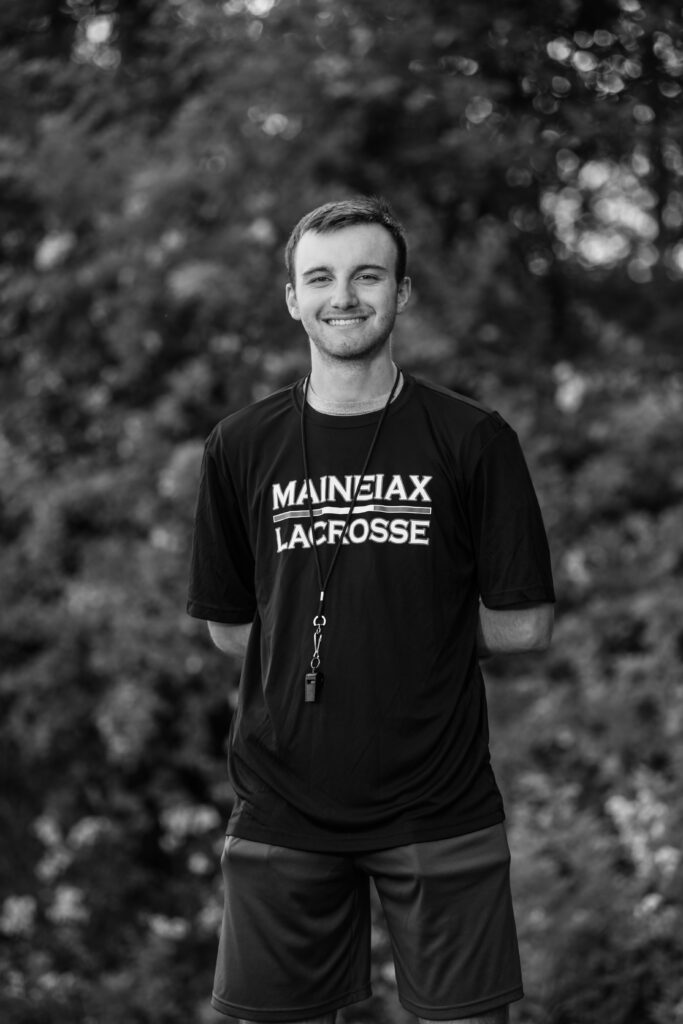